The Volunteer or “I Have Offered” pin is from World War II. It was given to individuals who offered to enlist but were rejected for any number of reasons: recognition of their attempt and intent to serve and protect their country. 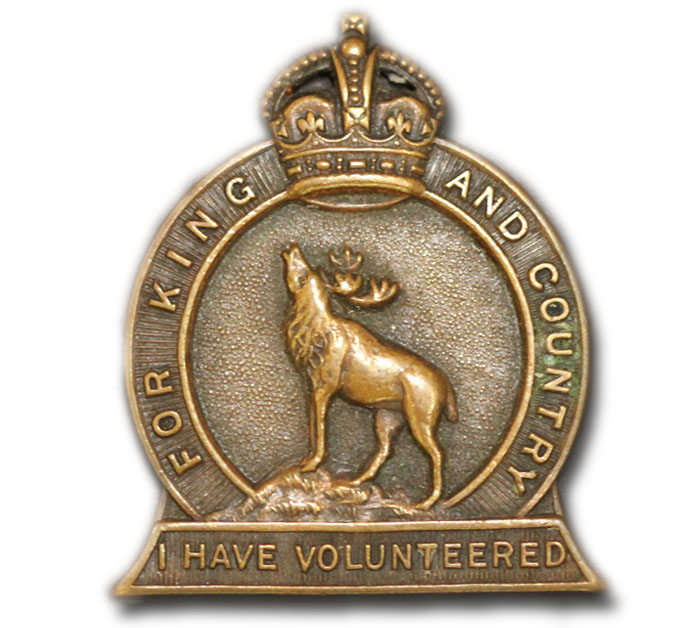 The Royal Newfoundland Regiment Museum currently holds one in its collection (see picture, ACC#2007-140). Once belonging to Private A.P. Greene (Regt #251), it suggests that he volunteered for service again in World War II after he fought and was injured during the Great War.

To see the Volunteer Pin, and Private Greene’s other medals up close visit the museum and see them on display. To learn more about Private Greene and his medals, please see his entry on the museum’s “Wall of Honour”: http://rnfldrmuseum.ca/wall-of-honour/sgt-augustine-gus-greene/.