There are two versions of the Croix de Guerre 1914-1918: one French and one Belgian. The Croix de Guerre 1914-1918 was adopted by France in “1915 to recognize acts of courage by members of the French and Allied militaries”*. They can be differentiated by their ribbon pattern and the central icon on the medal itself. The Belgian version’s ribbon is red with green stripes while the French is green with red stripes. The French icon is that of a woman and the Belgian’s is a lion standing on its hind legs**. The degree of importance of the medal would be indicated by a certain emblem on the ribbon: 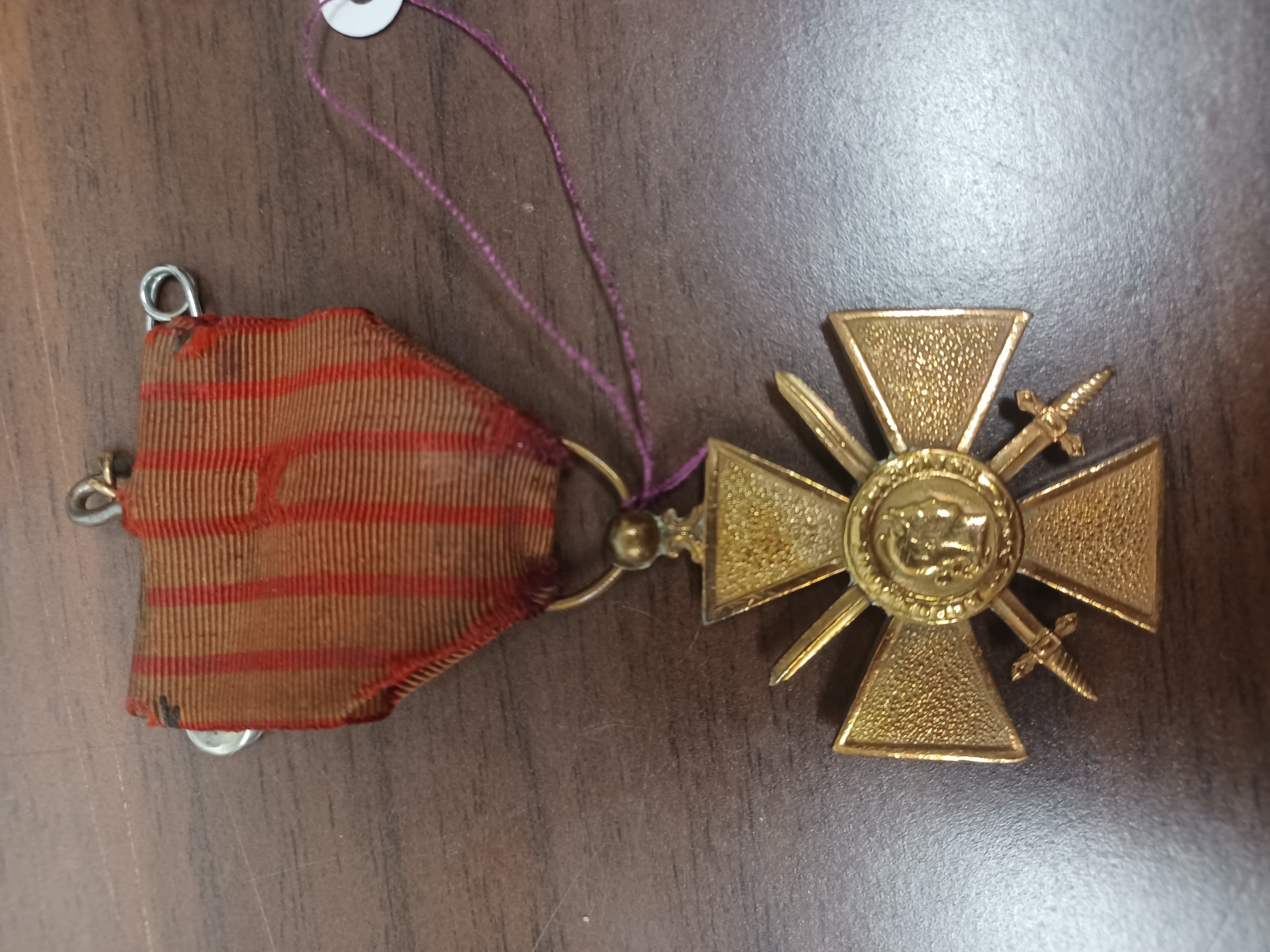 The medal to the left is French. It is unclear whether the ribbon is Belgian or French. It was attached to a medal set belonging to Richard Power #2603 by a safety pin. This medal is missing the emblem that would indicate its degree of importance. Additionally, the medal set it was attached to contained a French Croix de Guerre with a palm leaf emblem. Traditionally, additional awards of this medal were indicated by additional emblems on the ribbon*.