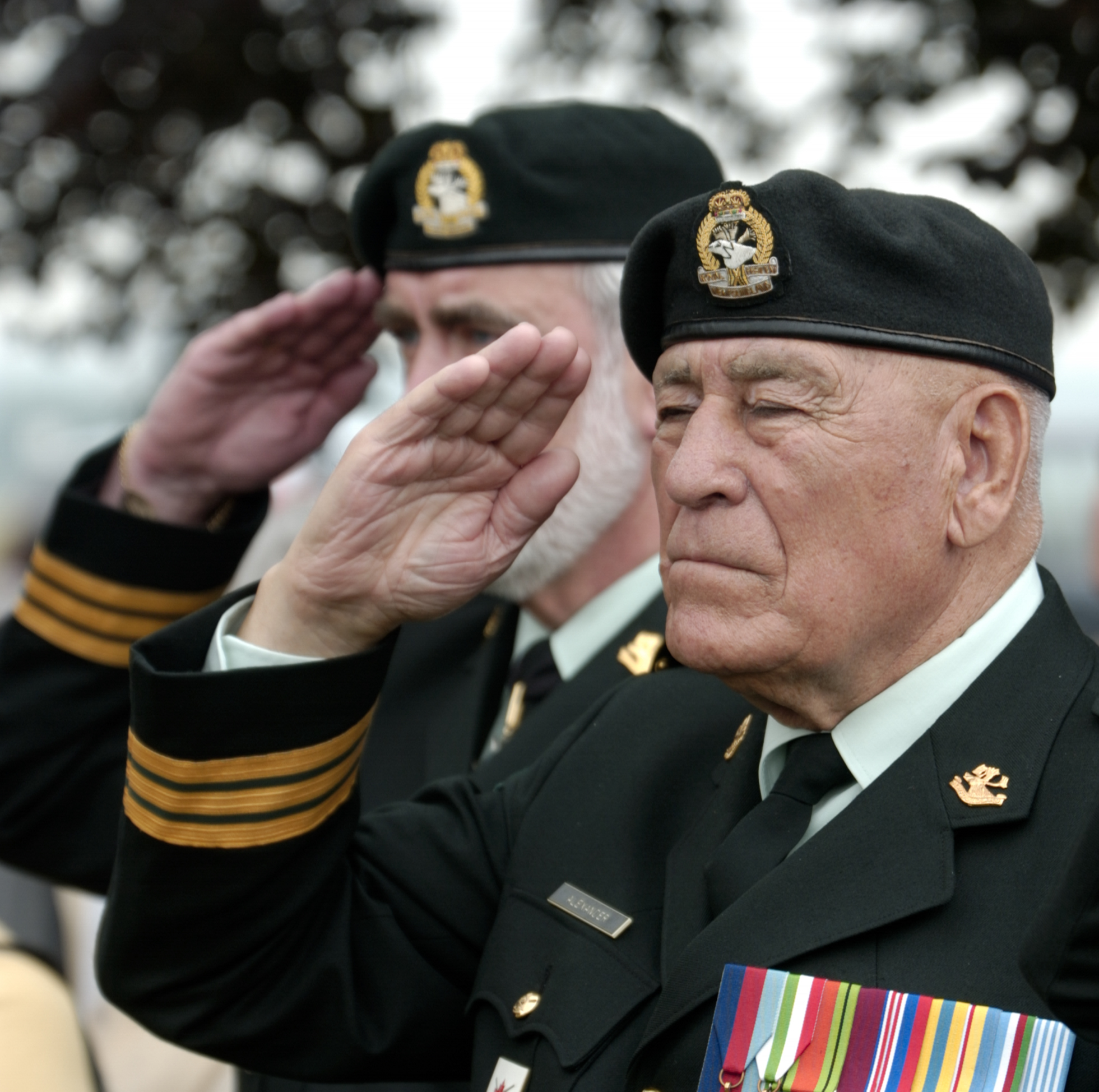 Lieutenant Colonel Alexander was born on 25 August 1925. He enlisted in the Newfoundland Militia in the fall of 1941 as a Private at the age of 16.  On 12 December 1942, while posted to St John’s he was involved in rescuing several people from a major fire at the Knights of Columbus Hostel which killed 99 people.  This fire was widely believed to be an act of sabotage.

In January 1943 he shipped overseas to England as a replacement for the 166 Artillery Regiment (Newfoundland). While there he volunteered for service with the British Commandos, passed commando training and was posted to 3rd Commando. Due to his French language skills he was later recruited by the Royal Navy Commandos and subsequently conducted 13 covert missions into occupied France. On his last mission he was seriously wounded, successfully evaded capture with the help of the French Resistance, and was the sole survivor of that operation.

In the spring of 1944 after a long convalescence, he joined the 166 Artillery Regiment in Italy where he served as the COs driver and dispatch rider until the end of the war. He was married in England in September 1945 and returned home to Newfoundland upon release in March 1946.

Upon the outbreak of the Korean War, he re-enrolled in the Canadian Forces and joined 2nd Battalion PPCLI as a Sergeant serving a tour in Korea in 1952.  In 1953 he transferred to the Black Watch and served a second tour in Korea as part of a UN Peacekeeping operation. Upon return home he served as a recruiter in Newfoundland for three years and took his release from the Regular Force in 1956.

Alexander Remembered as a great dad

In 1960 he re-enrolled in the Royal Newfoundland Regiment in Corner Brook. In 1972 he took his commission and he was the catalyst in the establishment of C Company 2RNfldR in Stephenville.  He was appointed the first OC of this company and in May of 1975 he recruited 99 personnel in just two days, a small indication of his credibility and skill as a leader.  He also made a major contribution to the establishment of cadet corps in the communities of Port au Port, Cape St George, and Lourdes.  In 1978 he retired from 2RNfldR.

In 2003 he was appointed Honorary Colonel of 2nd Battalion RNfldR; an appointment which he will relinquish on 14 May 2011. In this capacity he gives freely of his time and financial resources to promote the Regiment and the CF all across Newfoundland and inspire the next generation of warriors.

Lieutenant Colonel Alexander is married to Dolly (deceased) and they raised a family of eleven children.   Throughout his military career he was an accomplished athlete, boxer, and holds a fourth degree black belt in karate.  He was also a respected businessman owning a successful construction company in the Stephenville area for several years.

Service: Thursday 20 Sept at 1100 am at Our Lady of Mercy Church, Port au Port west. 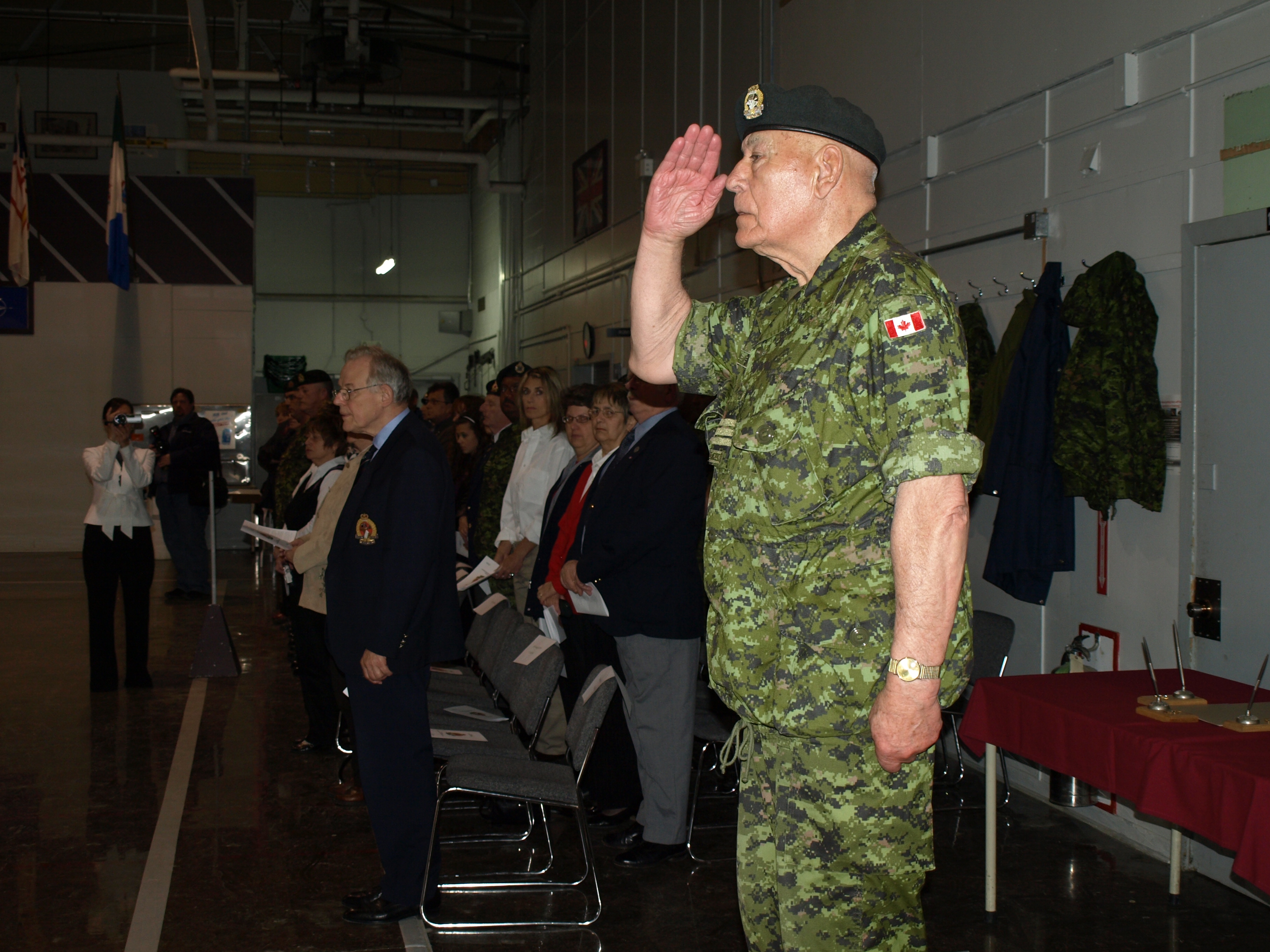