Edward Moyle Stick grew up in a family of five boys and two girls. His brothers, Leonard  and James Robin Jr. both enlisted in the Royal Newfoundland Regiment on October 1st 1914. In February 1915, Moyle Stick enlisted for one-year home service with the Royal Army Medical Corps (RAMC) in England. He served with the […]

Ron Blake enlisted while at school in November 1941. He trained in England before being commissioned to service in April 1943. His twin brother, Peter Blake, joined the Black Watch and was also commissioned in 1943. Ron served with the 79th Field Regiment  (part of the 52nd Lowland (Mountain) Division) – Scottish Regiment. On January […]

Sergeant James Dunphy (#3364) was a fisherman and sailor from Tors Cove, Newfoundland. He enlisted on December 26th, 1916 and went on to serve with the 1st Battalion, Royal Newfoundland Regiment. Having trained in England, he served in France from June 11th, 1917 to August 26th, 1917. During his service, Dunphy also fought on the […]

Francis T. Lind was a soldier during the First World War. Originally from Little Bay, Newfoundland, he is most remembered under the nickname “Mayo”. Lind wrote letters to the Daily Mail and were published for everyone back at home to read, to get an insight into life on the front lines. He was one of […] 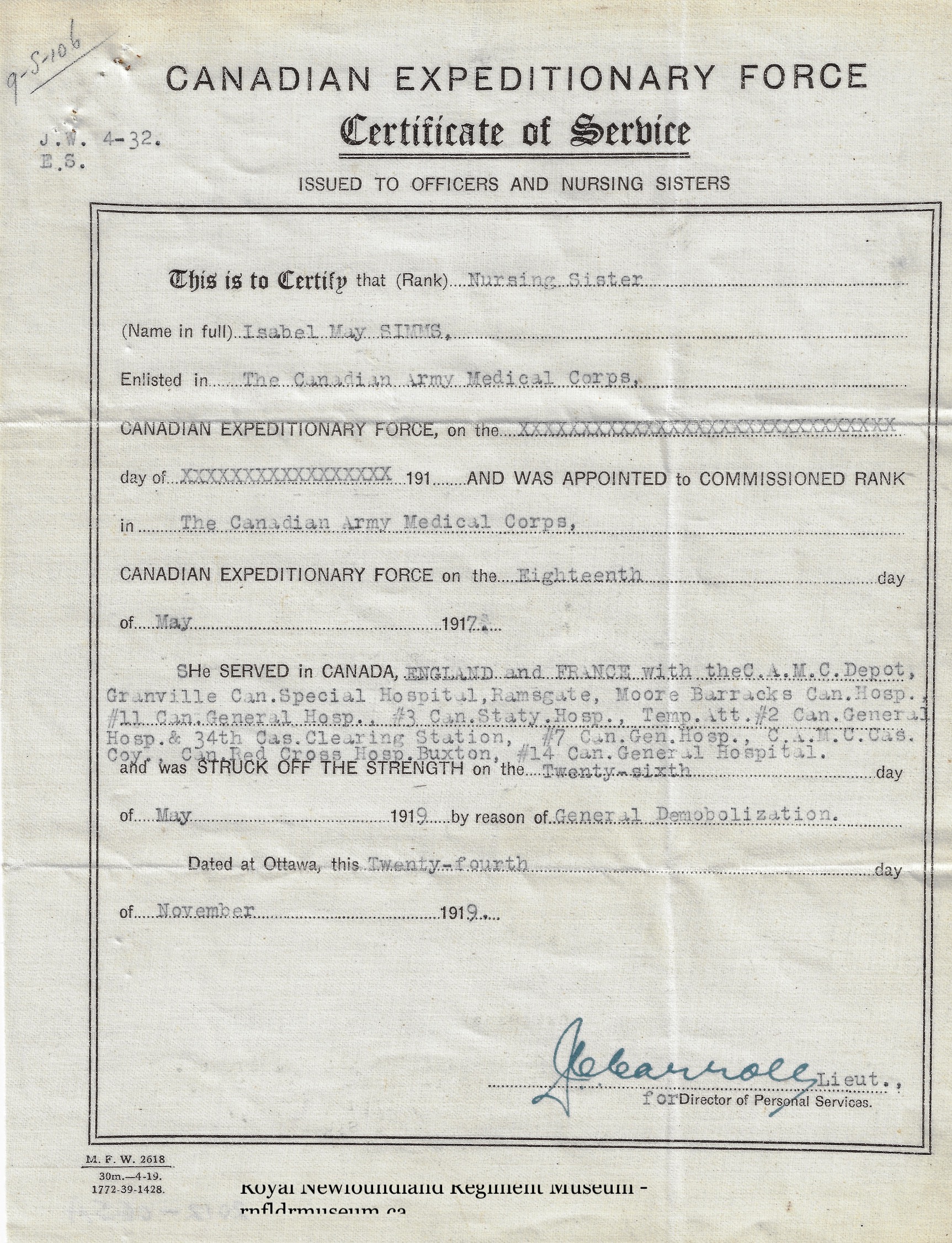 Isabel May Simms served during the First World War. She enlisted in the Canadian Army Medical Corps, Canadian Expeditionary Force as the rank of nursing sister. During her service, Simms served in Canada, England and France with the C.A.M.C Depot.  She was discharged in 1919 due to “general demobilization” . Come visit The Royal Newfoundland […]