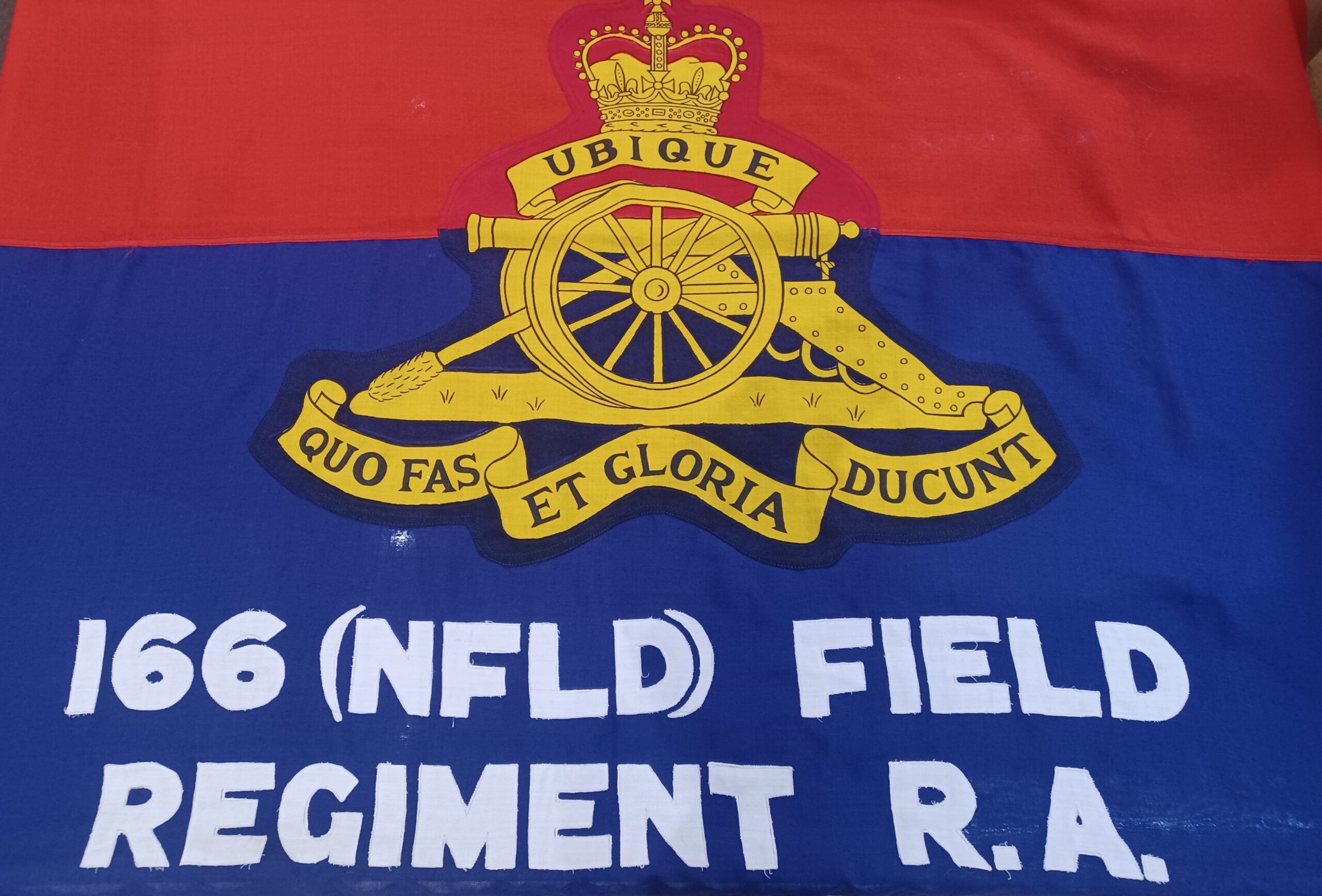 The main flag of the 166th Newfoundland Field Regiment, R.A. The crest is that of the Royal Artillery.

The two mottos on the flag are:

The flag pictured above is the second flag of the 166th. The flag in the museum’s collection was blessed by the Roman Catholic Basilica in St. John’s on the 50th Anniversary of the First 400 going overseas. It was used in the Parade, carried by Leo Knox.

Come visit the Royal Newfoundland Regiment Museum to see this flag and others on display.